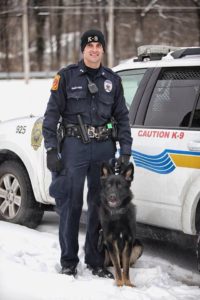 College: Kutztown University with a Major in Criminal JusBce Graduated in December 2000

Rank: K-9 Handler/trainer for the unit. I have been the trainer since 2013 after completing a trainer course at Shallow Creek Kennels.

Why did you want to be a K-9 Handler: My dad’s cousin was a handler for a department near my hometown and I was always fascinated by how the dogs work.

Favorite part of your Job: Seeing not only Trooper succeed but the entire unit succeed on the street.

What do you do for fun: Running and exercise, as well as time with my family.

Fact: In 2008 I was appointed to the position of K9 with my first partner Rocky. Rocky retired in 2013 and still lives at home with me. In 2013 I was sent to Shallow Creek Kennels to become the K9 Unit’s trainer and I was also paired up with my current partner Trooper. 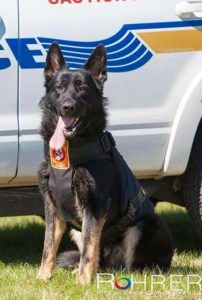 In service since: December 2013

What does he do in his off time: Trooper likes to hang out/ play with his retired K9 buddy Rocky and he loves his family time. 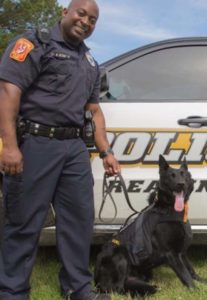 In service since: January 2005

Why did you want to be a K-9 Handler: I didn’t have animals growing up but dogs always captured my interest. I enjoyed the thought of having a partner who just listened and didn’t talk back. I was always interested in seeing how working dogs were trained to do the things they do.

Favorite part of your job: Helping young people in the city realize there is so much more out there. I have a strong belief that sometimes these kids need to hear success stories of professions other than athletes. Stories that they can create themselves to become successful.

What do you do for fun: I’m a homebody so I just enjoy being around my family. 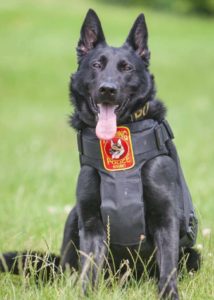 Background on K-9: Nero is used for narcotics, tracking, and patrol operations

What does he do in his off time: Pretends he’s a regular dog! Loves to play fetch. And, don’t leave him by himself because he gets into everything 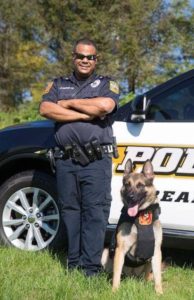 In service since: January 2003 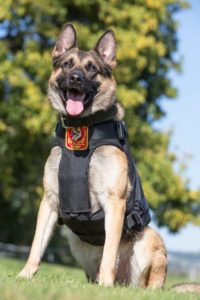 In service since: February 2016

Background on K-9: Hemi is a dual-purpose Narcotics dog. He loves to go to work and meet new people as well as find them when they are on the run. Hemi’s favorite part of the job is locating drugs and people hiding in buildings and wooded areas.

What does he do in his off time: He loves to play with his human brothers and furry brother Zeke. He also loves to get his belly rubbed. 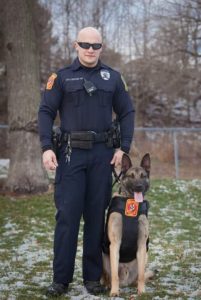 Why did you want to be a K-9 Handler: The desire to train and work a Police K-9 and be able to provide the citizens and other officers the advantages of having a highly trained K-9 in the department. I was intrigued by the intelligence of the K-9’s and found it amazing to see how quickly they learn and progress through their training.

Favorite part of your Job: Having Nico with me 24/7.

What do you do for fun: Shooting sports and exercise. 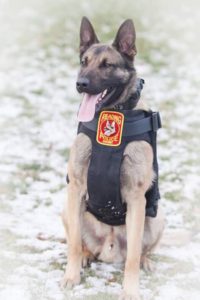 Background on K-9: K-9 Nico was imported from Hungary by Shallow Creek Kennels in 3/2016 and started with RPD later that month. He completed 3 months of patrol/narcotics training then went into field training on the streets of Reading 7/2016. He was certified by NAPWDA shortly after completing his field training and has been active on the street ever since.

What does he do in his off time: Destroy things in my house, catch bumblebees and play with his Pit Bull sister Callie. 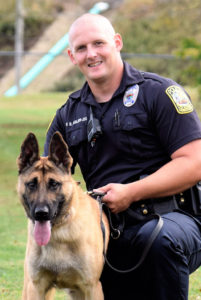 Why did you want to be a K-9 Handler: Prior to obtaining the K-9 handler position, I was assigned to patrol. K-9 was always a career goal of mine. Working alongside the current handlers over the course of my almost 9-year career drove me to actively pursue my dreams.

What do you do for fun: In my free Bme I enjoy weight lifting and exploring new places, especially those of historical significance, with my family. 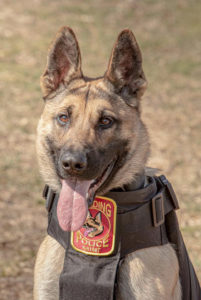 What does he do in his off time: When Ghost is home, he enjoys playing with every dog toy in the house (our Lab was quite spoiled when she was an only dog) and playing fetch in the backyard. 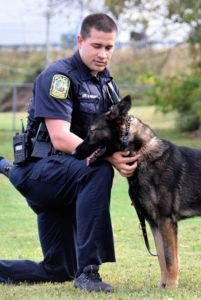 Why did you want to be a K-9 Handler: I loved the prospect of training, working, and living daily with a dog and becoming a greater asset to my department and the surrounding agencies.

Favorite part of your Job: Learning the fundamentals inherent to the role of the K-9 Handler position.

What do you do for fun: I enjoy spending time with my wife and children. Trail walks & short field trips are popular favorites. 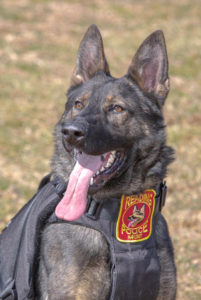 Origin: Hungary (which is appropriate because Rex has an insatiable appetite)

Special talent: So far Rex is in the very early stages of training. I think he is going to become an ideal partner and a perfect companion

What does he do in his off time: Though he has a very high work drive, Rex loves to cuddle when not actively training.

The Official Registration and financial information of Berks County Community Foundation may be obtained from the PA Dept. of State by calling toll free, within PA, 1-800-732-0999. Registration does not imply endorsement.

Copyright © 2017 The Friends of the Reading Police K-9 Unit, LLC. All rights reserved.